Still thinking ‘bout ‘Chains upon this heart of mine…” that was a point of an earlier Heart Chakrainspiration:

LOVE’s mysteries Inspiration comes again from Maria Popova on ‘Brainpickings.org: “Why Love Hurts: The Sociology of How Our Institutions Rather Than Our Personal Psychological Failings Shape the Romantic Agony of Modern Life

“There is hardly any activity, any enterprise, which is started with such tremendous hopes and expectations, and yet, which fails so regularly, as love,” philosopher Erich Fromm wrote in his inquiry into what is keeping us from mastering the art of loving. ……..

Moroccan sociologist Eva Illouz examined how the social organization of modern life has profoundly altered the hues and texture of our experience of romantic agony by transforming three elemental aspects of the self: “the will (how we want something), recognition (what matters for our sense of worth), and desire (what we long for and how we long for it).”

Although unrequited love and the anguish of longing have a perennial place in our experience of romantic pain, Illouz is concerned with the pain that lives within actualized romantic relationships. She writes:

“When relationships do get formed, agonies do not fade away, as one may feel bored, anxious, or angry in them; have painful arguments and conflicts; or, finally, go through the confusion, self-doubts, and depression of break-ups or divorces…. Despite the widespread and almost collective character of these experiences, our culture insists they are the result of faulty or insufficiently mature psyches.

The rise of clinical psychology in the twentieth century only solidified and granted scientific legitimacy to this notion that our romantic misery is a function of our psychological failings — an idea that caught on in large part because implicit to it was the promise that those failings can be deconditioned. And yet, Illouz argues, such overemphasis on individual shortcomings gravely warps the broader reality — a reality in which the systems, institutions, and social contracts (read that as chains)that govern our existence seed the core ambivalence of love and life: what we really want.

She writes: “In the same way that at the end of the nineteenth century it was radical to claim that poverty was the result not of dubious morality or weak character, but of systematic economic exploitation, it is now urgent to claim not that the failures of our private lives are the result of weak psyches, but rather that the vagaries and miseries of our emotional life are shaped by institutional arrangements… What is wrong are not dysfunctional childhoods or insufficiently self-aware psyches, but the set of social and cultural tensions and contradictions that have come to structure modern selves and identities.

The reason why love is so central to our happiness and identity is not far from the reason why it is such a difficult aspect of our experience: both have to do with the ways in which self and identity are institutionalized in modernity… Love contains, mirrors, and amplifies the “entrapment” of the self in the institutions of modernity, institutions, to be sure, shaped by economic and gender relations. (note from me:———-What we choose to focus on becomes our reality—we can, through meditation, make the choice to let go of everything we are  so attached to that’s not serving us and manifest the reality that we want.  Life is an illusion created by our perception, and we can see changed the moment we chose to change it.)

[Love] is shaped and produced by concrete social relations [and] circulates in a marketplace of unequal competing actors… Some people command greater capacity to define the terms in which they are loved than others.

Illouz argues that sociology — a discipline, more than any other, “born out of a frantic and anxious questioning about the meaning and consequences of modernity” — is the most revelatory lens through which to examine how modern life, marked by the period beginning at the end of WWI, has restructured the romantic self. Nearly a century after Bertrand Russell’s inquiry into why religion arose in human life and what is supplanting it, she considers how the displacement of religion by secular culture has impacted our ideals and our interior experience of love:

Modernity sobered people up from the powerful but sweet delusions and illusions that had made the misery of their lives bearable. Devoid of these fantasies, we would lead our lives without commitment to higher principles and values, without the fervor and ecstasy of the sacred, without the heroism of saints, without the certainty and orderliness of divine commandments, but most of all without those fictions that console and beautify.

Such sobering up is nowhere more apparent than in the realm of love, which for several centuries in the history of Western Europe had been governed by the ideals of chivalry, gallantry, and romanticism. The male ideal of chivalry had one cardinal stipulation: to defend the weak with courage and loyalty. The weakness of women was thus contained in a cultural system in which it was acknowledged and glorified because it transfigured male power and female frailty into lovable qualities… Women’s social inferiority could thus be traded for men’s absolute devotion in love, which in turn served as the very site of display and exercise of their masculinity, prowess, and honor. More: women’s dispossession of economic and political rights was accompanied (and presumably compensated) by the reassurance that in love they were not only protected by men but also superior to them. It is therefore unsurprising that love has been historically so powerfully seductive to women; it promised them the moral status and dignity they were otherwise denied in society and it glorified their social fate: taking care of and loving others, as mothers, wives, and lovers. Thus, historically, love was highly seductive precisely because it concealed as it beautified the deep inequalities at the heart of gender relationships.

To perform gender identity and gender struggles is to perform the institutional and cultural core dilemmas and ambivalence of modernity, dilemmas that are organized around the key cultural and institutional motives of authenticity, autonomy, equality, freedom, commitment, and self-realization. To study love is not peripheral but central to the study of the core and foundation of modernity.

As sexuality became unmoored from morality, love became a currency for social mobility. Illouz places this shift alongside the Scientific Revolution, the invention of the printing press, and the rise of capitalism in its effects on our lives and our basic experience of identity. She writes:

While love has played a considerable role in the formation of what historians call “affective individualism,” the story of love in modernity tends to present it as a heroic one, from bondage to freedom. When love triumphs, so this story goes, marriages of convenience and interest disappear, and individualism, autonomy, and freedom are triumphant. Nevertheless, while I agree that romantic love challenged both patriarchy and the family institution, the “pure relationship” also rendered the private sphere more volatile and the romantic consciousness unhappy. What makes love such a chronic source of discomfort, disorientation, and even despair … can be adequately explained only by sociology and by understanding the cultural and institutional core of modernity.

By juxtaposing the ideal of romantic love with the institution of marriage, modern polities embed social contradictions in our aspirations, contradictions which in turn take a psychological life. The institutional organization of marriage (predicated on monogamy, cohabitation, and the pooling of economic resources together in order to increase wealth) precludes the possibility of maintaining romantic love as an intense and all-consuming passion. Such a contradiction forces agents to perform a significant amount of cultural work in order to manage and reconcile the two competing cultural frames. This juxtaposition of two cultural frames in turn illustrates how the anger, frustration, and disappointment that often inhere in love and marriage have their basis in social and cultural arrangements.”  (from http://www.Brainpickings.org

Attainment of love and compassion remains our goal and thus to become fully what one potentially is:.  It is those chains of society, the secret chains that bind us,   Fromm observes that the chains are culture’s property-driven materialism and our individual intrinsic tendencies toward narcissism. These internal ‘chains’ clog up the free flow of Universal Energy-chi-Prana that allow our very essence to expand and give off the fragrance of our one-of -a-kindness. 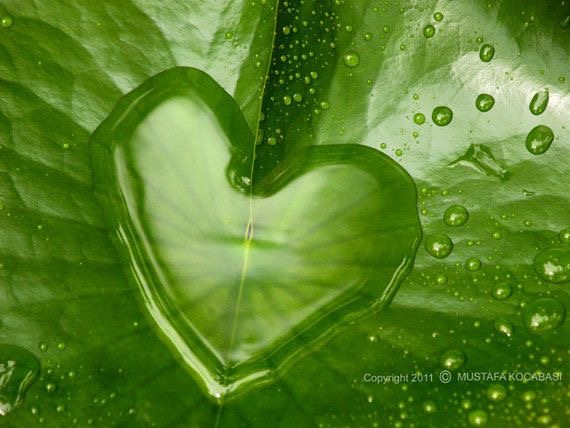 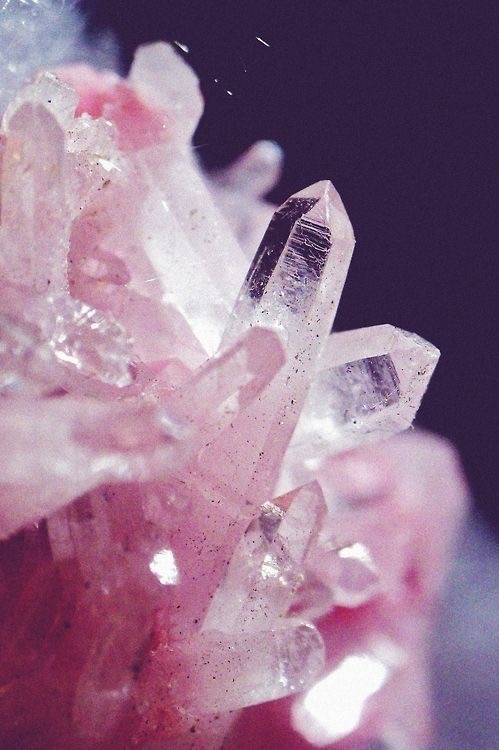 CRYSTALS:” The fair and lovely Rose quartz, with its gently pink essence, is a stone of the heart, a Crystal of unconditional love.

MEDITATION:  Meditate on FREEDOM and the unlocking  of all chains, known and unknown that keep you from pure unconditional LOVE

YOGA: Shoulder stretch such as the arm positions of Cow Face 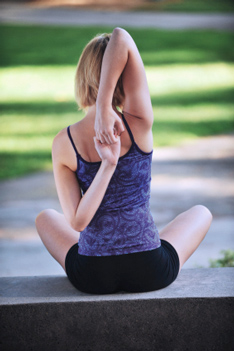 SEE YA LATER :
“Taught from their infancy that beauty is woman’s sceptre, the mind shapes itself to the body, and roaming round its gilt cage, only seeks to adorn its prison. -Mary Wollstonecraft, reformer and writer (27 Apr 1759-1797)

Be mindful every chance you get to cast aside the chains of  societal slavery to materialism, to the desire of others, judgements, and desires to control. Dance and be aware moment by moment.  LOVE yourself as that is the greatest healer.